FROM MARKET GARDEN TO “GLORIOUS DISARRAY”

“Joyce had managed to group and contrast her planting in an extraordinary way, on the one hand totally out of control in its exuberance, but on the other hand structured to contain the exuberance.  And this is – or was at the time – unique, for it seemed to pioneer a type of decorative gardening from which we have all learned since.  And that includes myself.” 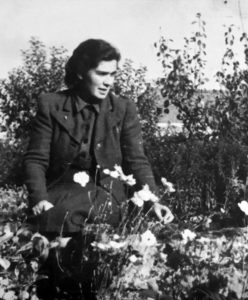 Joyce Hilda Langmead was born in 1904 in West Sussex and grew up in Climping, not five miles from the garden she transformed.  Denmans was her third garden, her first having been the garden where she farmed with her husband Hugh Robinson.  Hugh Robinson, who had been decorated in the First World War, farmed and ran a nursery business in West Sussex that included pigs, a dairy herd and Southdown sheep.  She started her second garden, a “wartime garden”, in 1941 in which she grew fruits and vegetables alongside a small flower garden.

In 1946 the couple purchased the Westergate Estate, sold off the manor house, called the rest Denmans and moved into the dilapidated gardeners bothy.  Scrounging flint and brick from her sister’s bombed out house in Surrey, they renovated the cottage and transformed the neglected farm and garden into a productive enterprise which included a dairy herd and piggery, selling their produce and cut flowers locally and at Covent Garden Market in London.

By 1950, having also raised four daughters, she realised “I had to do something more about the garden, and I began to plant among the strawberries and flowers that we were growing to sell, and thus over the years I gradually laid the foundations of the garden that you can visit today.” (Glorious Disarray, Joyce Robinson, 199,  page 11). 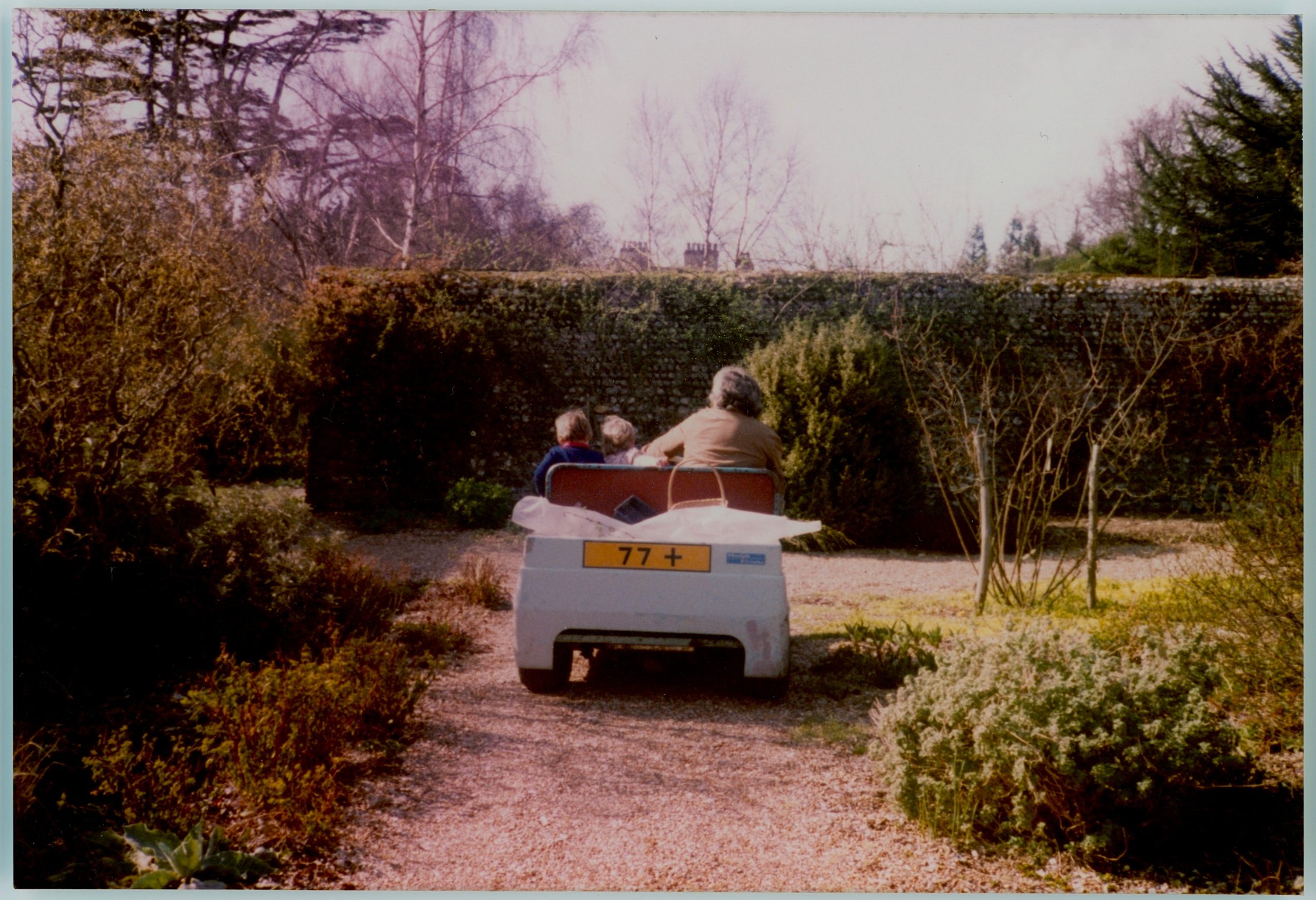 Mrs. J.H., as she was known, learned how to grow plants through her husband’s nursery business and about alpines and perennials from a local nursery woman in Barnham in the years before the Second World War.  After the war and rehabilitating Denmans, she continued to learn about ornamental plants by “visiting nurseries, botanical gardens, RHS shows at Westminster, and reading and learning all I could from growers and nurserymen”.  (Glorious Disarray, Joyce Robinson, 1990, page 68).  Her family remember her absconding to Hillier’s Nursery, Wisley, and other gardens for the day with a packed lunch and notebook in which she took copious notes.  In 1952 she began planting and experimenting with planting design at Denmans in earnest.  By 1970, close to retirement, she began her gravel garden and continued through out the decade to recreate the walled garden and to create faux dry river beds in which she could experiment further.

In addition to becoming an authority on horticulture, she developed a unique understanding of how plants could be combined and planted to their best effect. She closely observed how plants grew naturally on her extensive walks through the Spanish Alps, Greek Islands, the Scottish Highlands, and the Sussex South Downs. She incorporated how shape and texture combined in natural surroundings into her own planting style at Denmans, a unique and sophisticated style that influenced John Brookes and attracted him to Denmans.  She went on to describe her planting style and use of gravel as a planting media in her book, “Glorious Disarray” (1989) and in essays for various publications. Her innovative planting style is still in evidence at Denmans which she opened to the public in the early 1970’s.