Here at Denmans, along with other gardens around the country, we are closed to the public due to the Coronavirus pandemic. 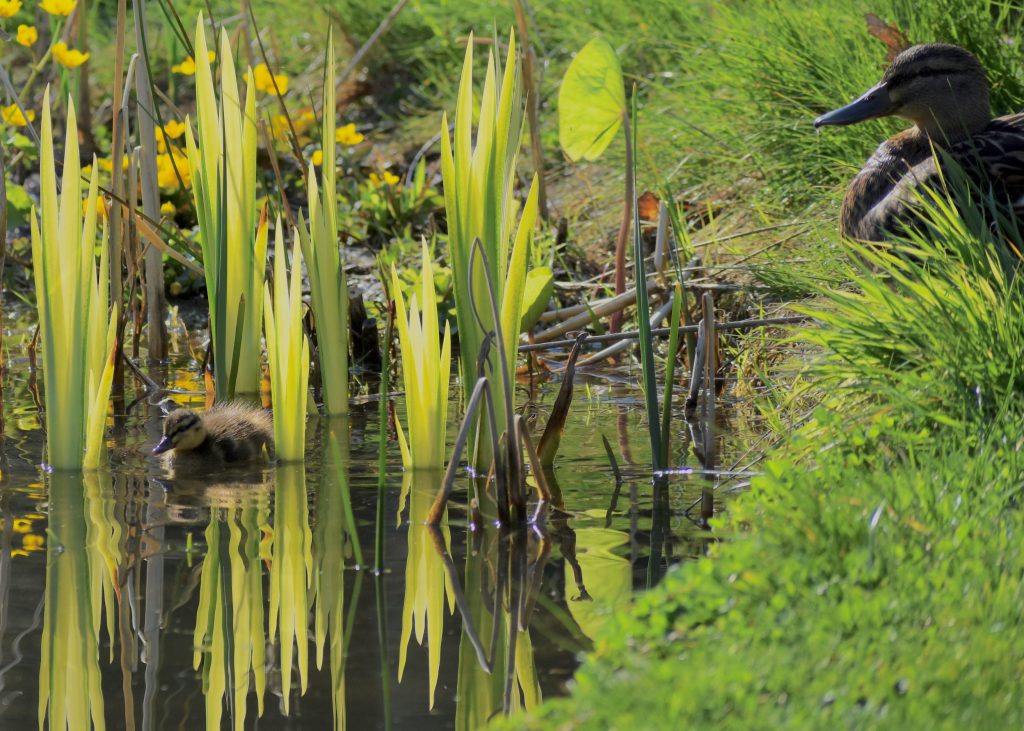 Wildlife comes in many forms at Denmans Garden.

The garden is bursting with colour and new growth, and the wildlife are busy embracing the Spring season.

I hope many of you are able to see that in your own gardens and are able to tend to yours while enjoying the current nice weather we are having.

I would like to give you an idea of some of the special plants that are now coming into their own at Denmans. 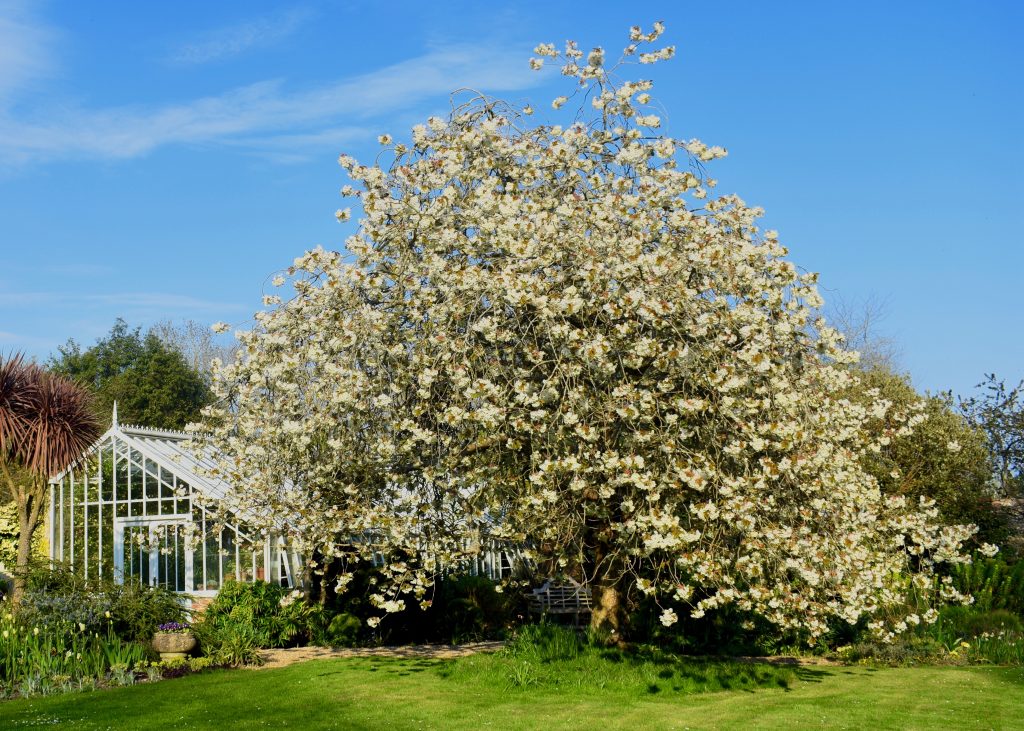 This aged Prunus ‘Ukon’ is a show-stopper in spring — and its foliage is almost as gorgeous in autumn.

We have a very old Japanese cherry ( Prunus ”Ukon” ) which has huge clusters of cream flowers in spring, which is quite an unusual colour compared to the usual shades of pink and white.  It is spectacular and one of my favourite trees in the garden. It is planted just south of the Conservatory and the Cottage on the edge of the lawn.

In various parts of the garden we have the towering spires of Echium pinniniana about to erupt into flower this month which, when open, look like a column of jewels.  We have two forms with the normal blue flowers on one and the rarer white flowers on the other (although cross pollination may have a say in how they come out).  Exciting nonetheless!

The Echium fastuosum “Pride of Madeira”, which is blooming now in the Conservatory, is not winter hardy here.

This plant is monocarpic, so will die after flowering, but will leave thousands of seeds to drop off below and start the process again. Each new plant will normally take three years to flower.  You can sometimes narrow that down to two if you grow the plant solely undercover in a pot, but the flower spike is invariably a lot smaller.

We have another Echium in our conservatory which is just starting to flower now.

This is Echium fastuosum “Pride of Madeira”. This species is a shrubby type and not monocarpic. It has numerous small spikes of azure blue flowers which cover the whole shrub. Spectacular!

After flowering you should prune these flowering branches back to the main stems. There will already be new non-flowering shoots on the plant to become next year’s flowers.  Unfortunately this plant is unlikely to get through most winters outside as it is tender. Ironically though, we would probably have gotten away with it this past mild winter! 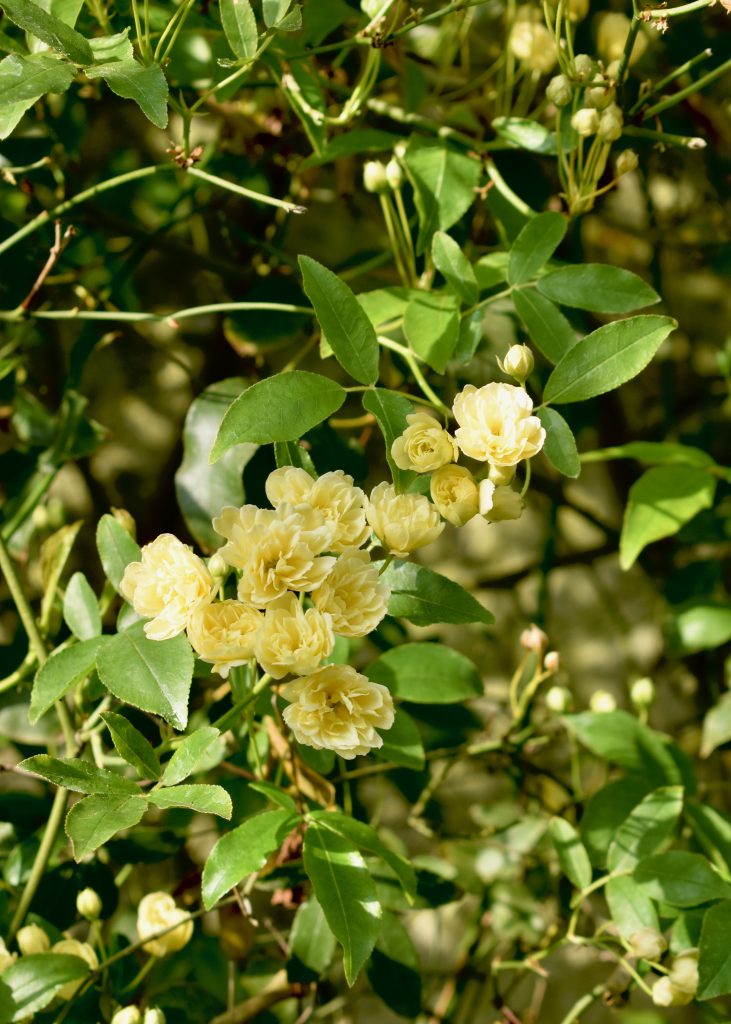 The Lady Banks rose in the Conservatory blooms weeks before her cousins in the Walled Garden.

Also in the conservatory and flowering now is a very old Rosa banksiae lutea against the wall.  It is a beautiful rose with clusters of small pale lemon yellow flowers adorned all over.  Our specimen has a branch that has escaped through a gap in the top of the conservatory to cascade down outside. As it is outside it is still in bud and will flower later than the main plant.  You can try Rosa banksiae lutea outside, and we have a couple more in the walled garden. It is best if you can give them a sunny wall to grow against for protection though.

Elsewhere, the lawns were cut before we closed and we have redefined some of the curves and borders, including the long grass areas, to accentuate their shapes within the garden. This we will sharpen up throughout the rest of the growing season. 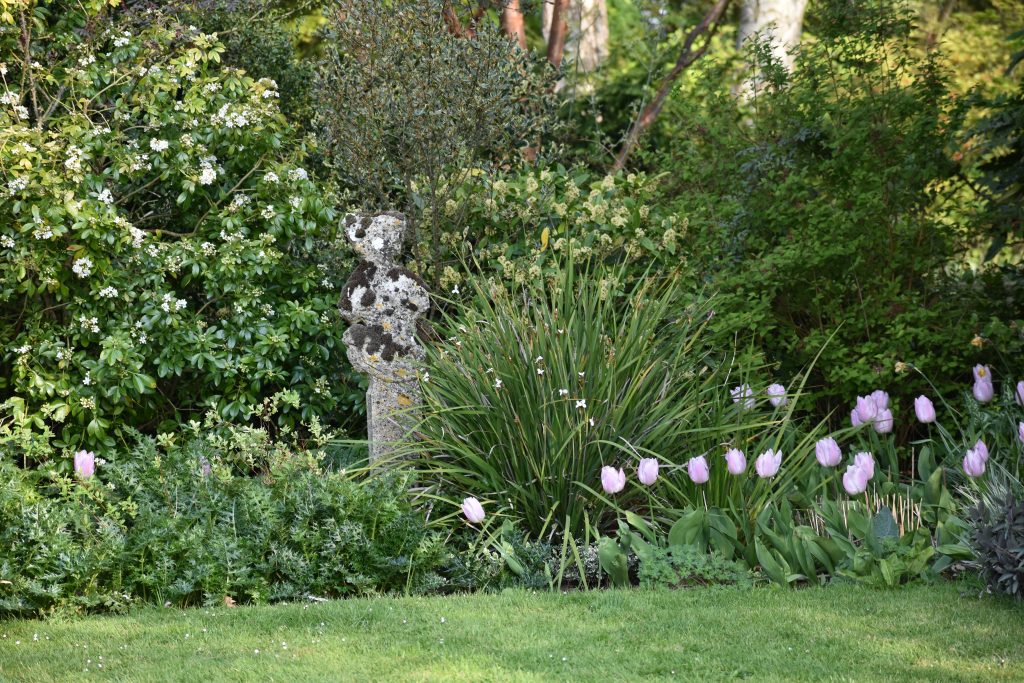 Some tulips are out, including “Candy Prince” and the species clusiana with more to follow in May. 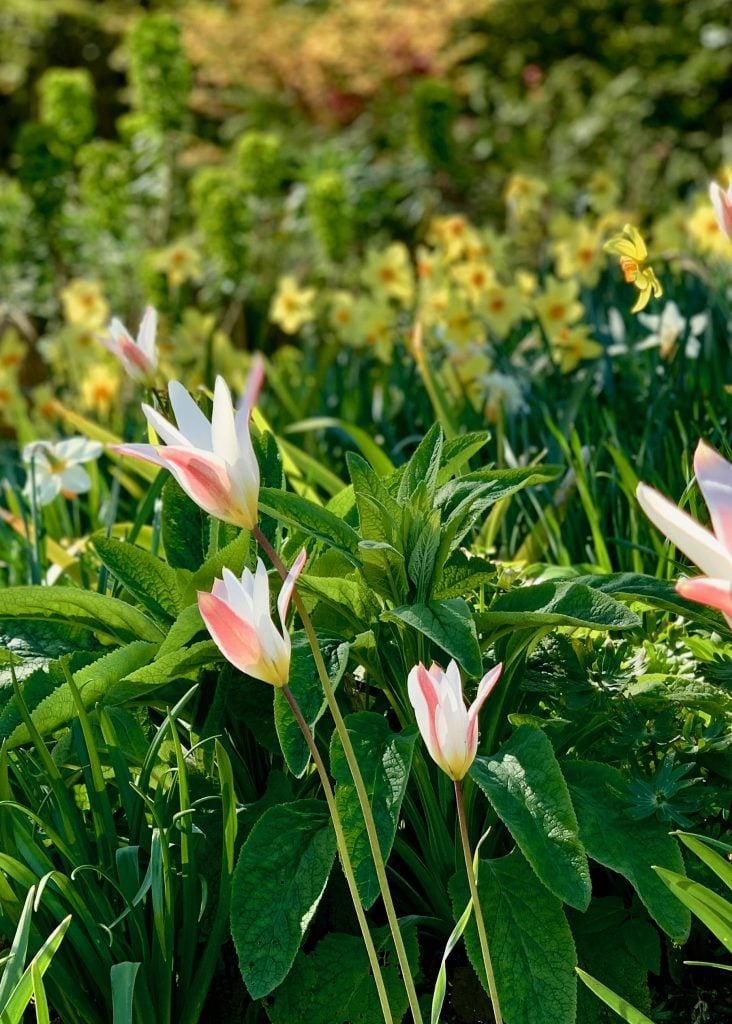 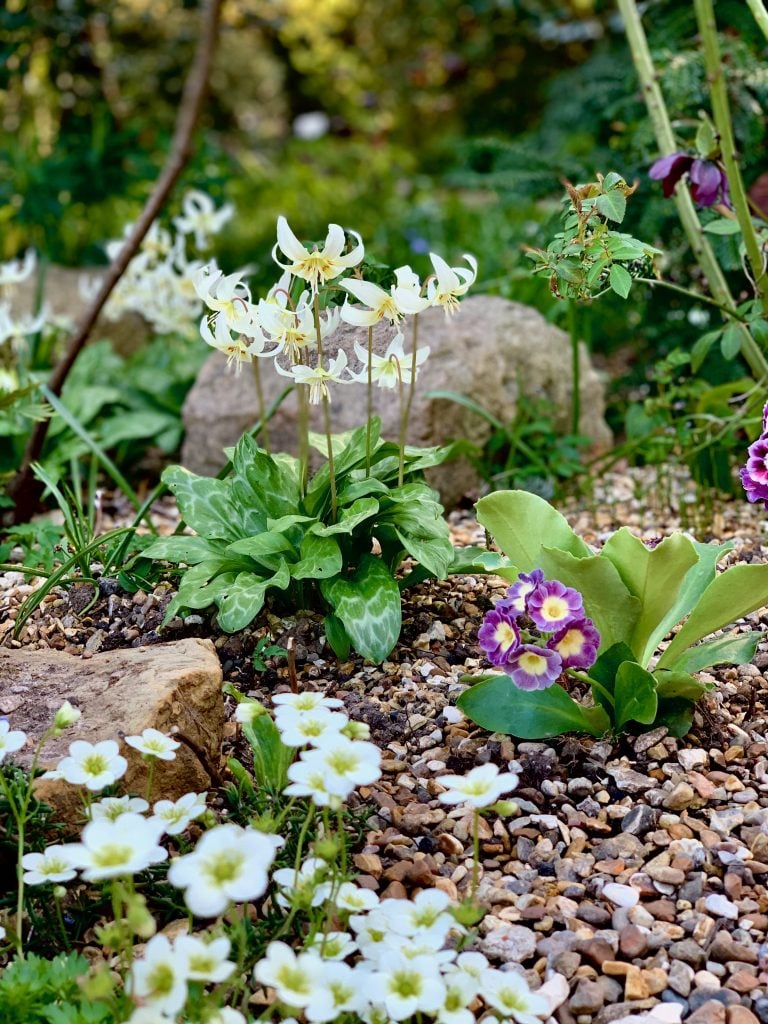 Let’s hope we can open the garden sooner rather than later and welcome you back to Denmans.