During the winter months we are taking the opportunity to assess the more structural elements in the garden, for example evergreen and deciduous shrubs and trees.

We can be objective in looking at whether certain views of the garden could be enhanced by careful and sometimes quite hard pruning.

With deciduous shrubs and trees, it is easier to see the framework at this time of year and also to cut out any dead branches, etc.

We can also lift shrubs and plants if necessary if the ground is still relatively warm so to speak.

An example of some hard pruning that has taken place at Denmans already this month is within the sheltered walled garden, where some untamed Choysia ternata shrubs had grown out towards the light. Although aesthetically they looked very nice, they were obscuring the brick circle with the urn within. 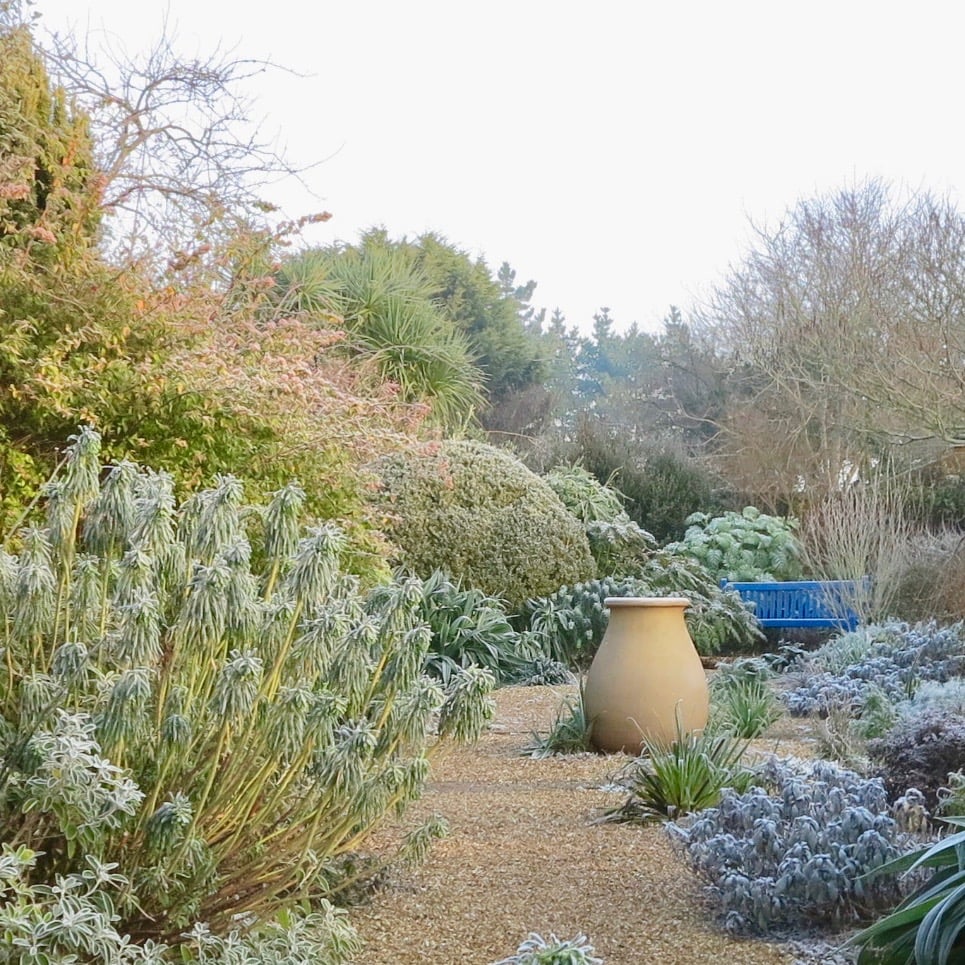 The circle in the Walled Garden prior to pruning the Choysia ternata. 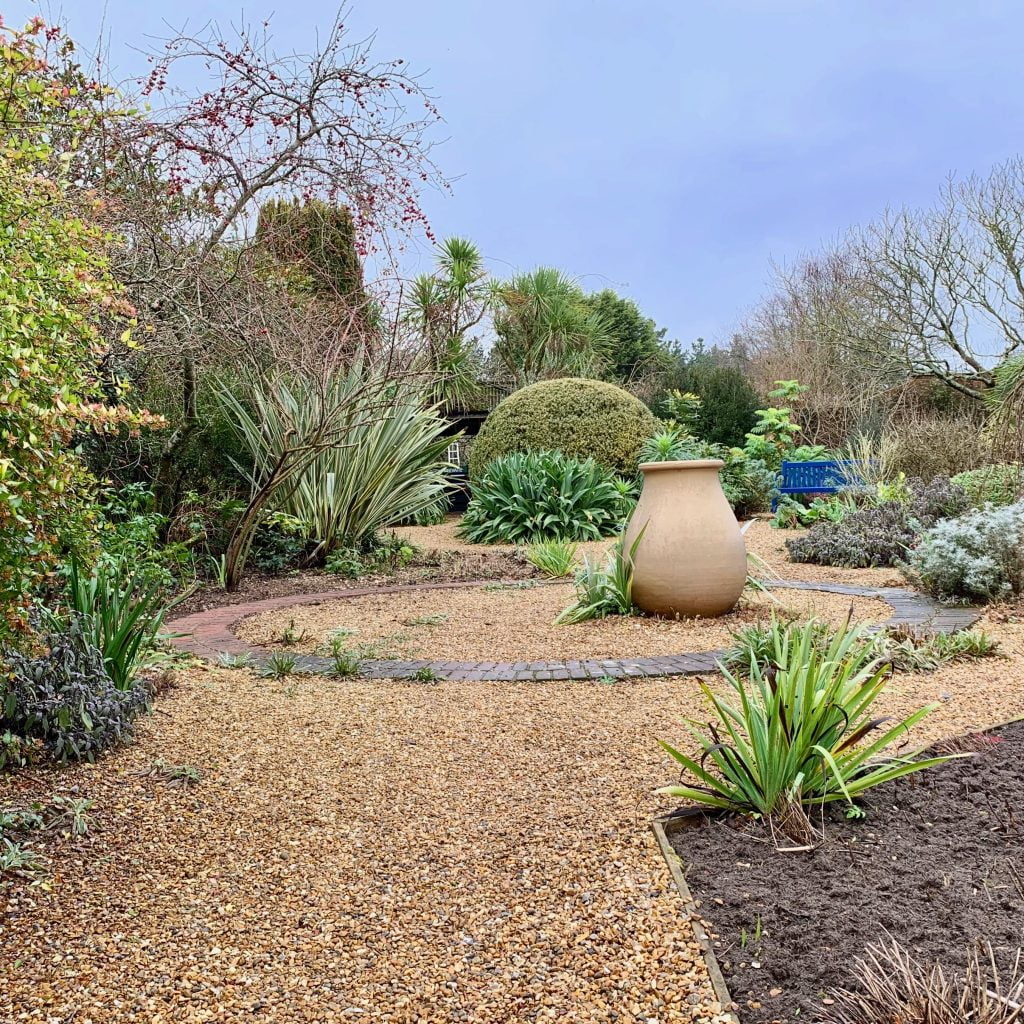 The circle in the Walled Garden is completely visible after pruning the Choisya ternata.

Having cut these back hard and now uncovered the circle in its entirety, it has also thrown more light upon other planting whilst giving us an increased depth physically and in perspective.

Also, in January we start to see the first bulbs making an appearance, earlier than usual in some cases as it was last year and maybe this year too. 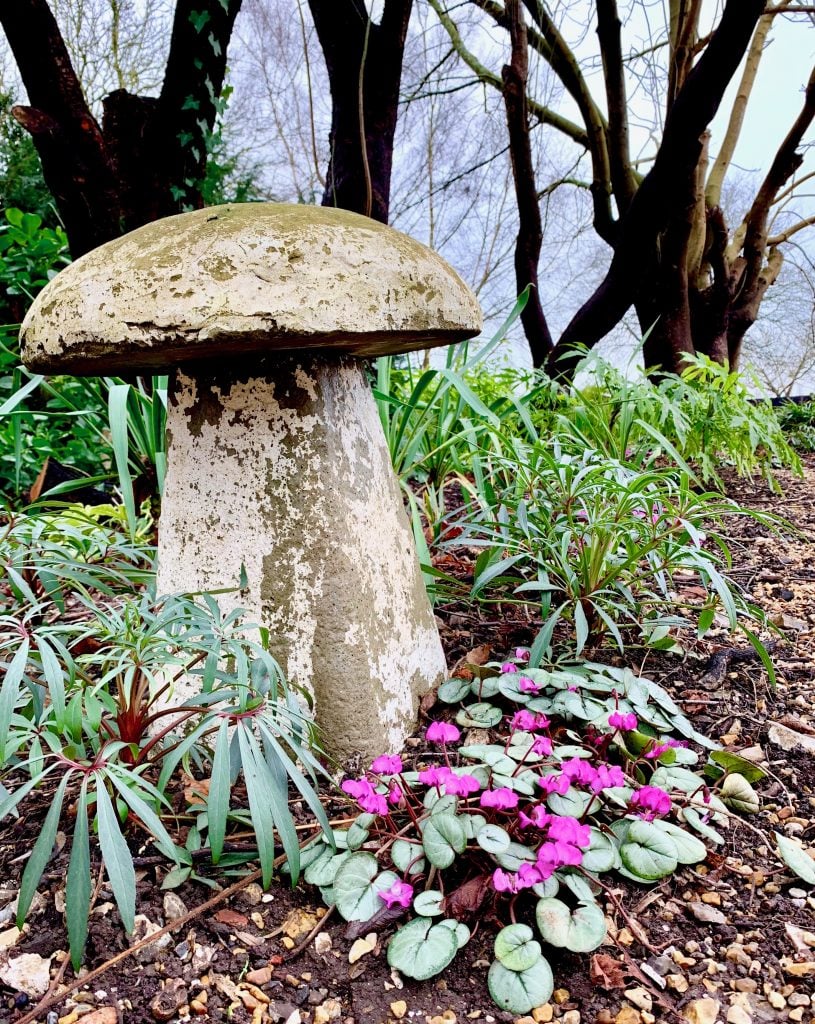 We start to see Cyclamen coum ‘Silver Leaf’ and all kinds of  Euphorbia coming up around the garden. 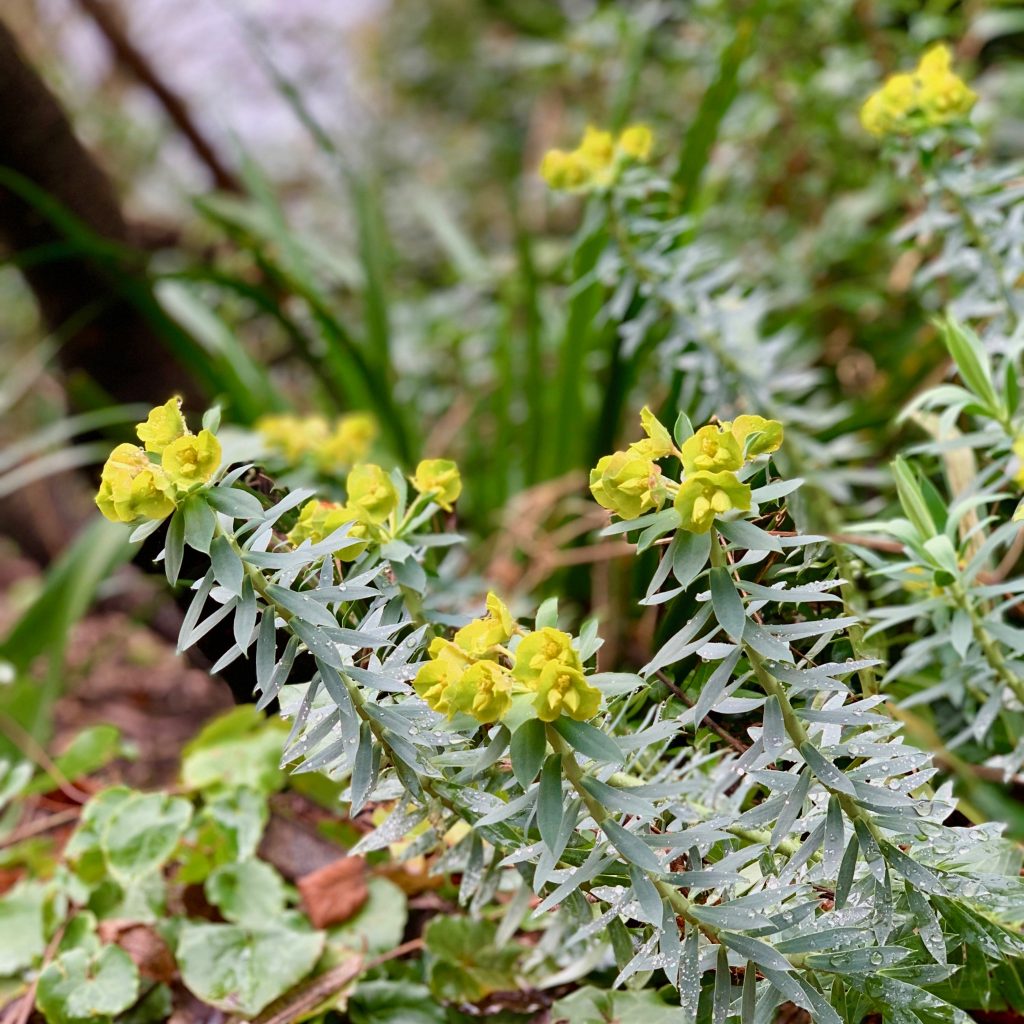 Euphorbia rigida brightens up the garden near the Tea Rooms.

The huge swathes of Eranthis hymealis (winter aconites), notably under our majestic Metasequoia glyptostroboides, are also starting to pop. (See the image above.) 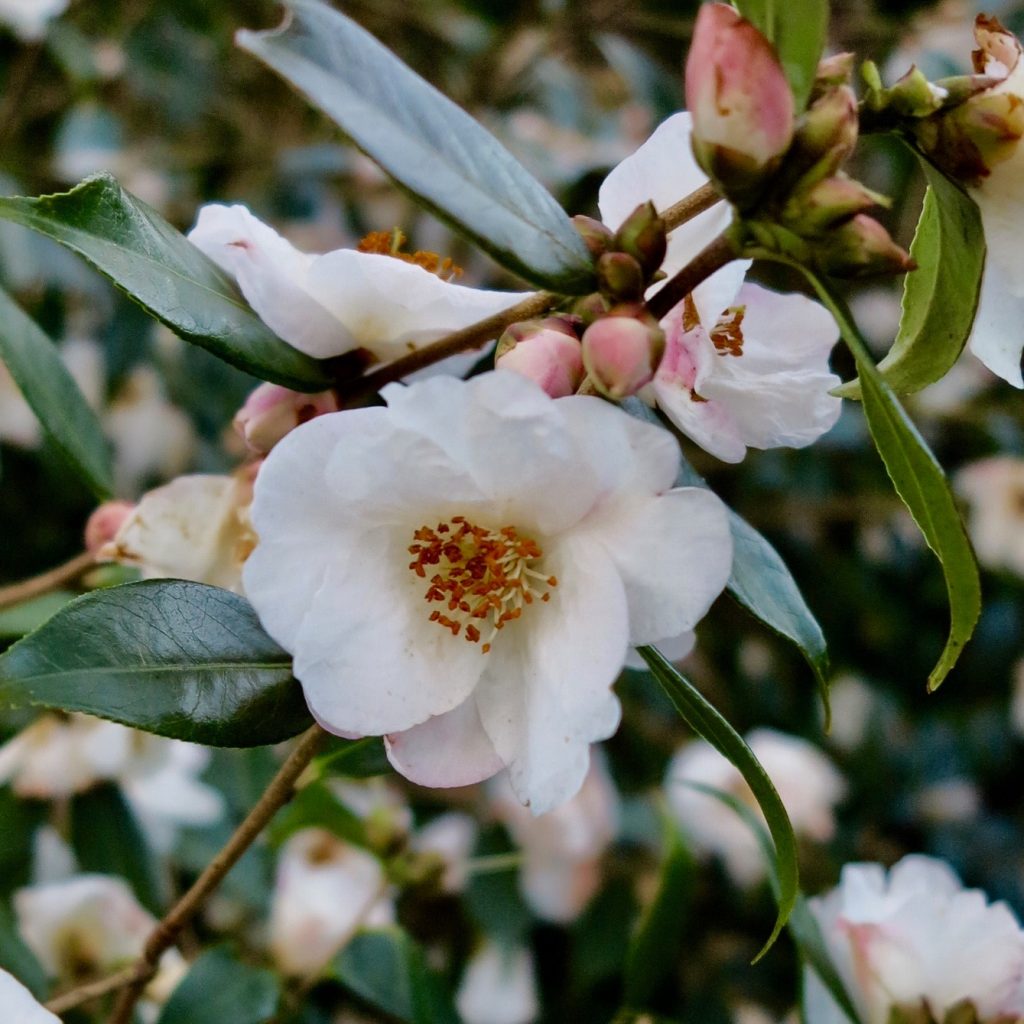 We also have Camellia “Cornish Snow” in flower, always the first to flower for us as a “spring time” camellia.

Along with the aforementioned coloured winter stems around the garden (see December Gardener notes) it is well worth a visit to Denmans now, especially with free entry for the month of January.