Silver linings in a strange year 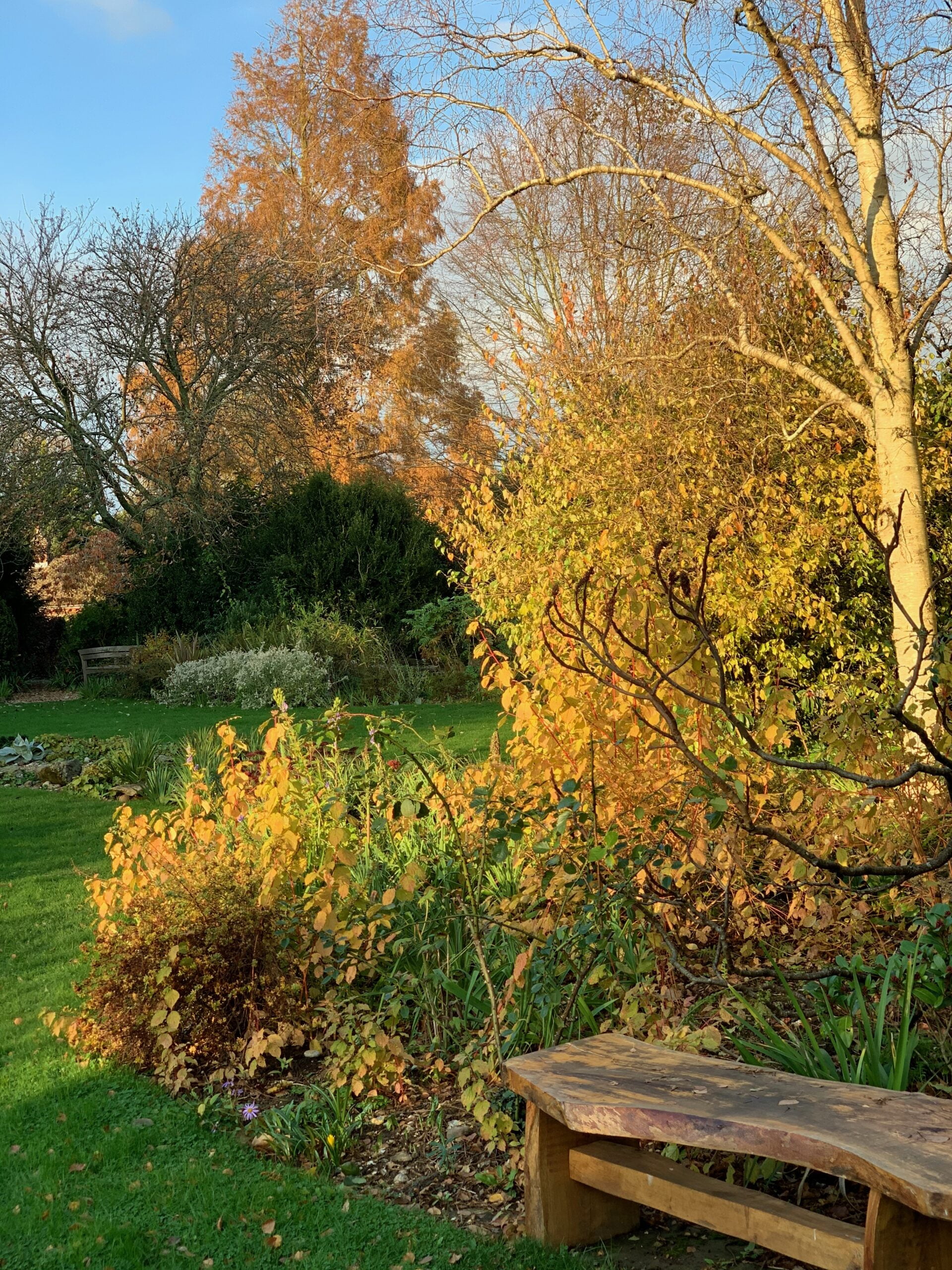 The colours of autumn make the early days of lock down seem very far away.

As the leaves change colour and fall from the trees, it seems very long ago that  we prepared to reopen Denmans Garden to the public.  Such confusion and uncertainty! Booking systems, risk assessments, signage, sanitizer…

As that strange third week in March ended with the closing of pubs and restaurants, we were determined to stay open for our community but two days later, on Mothering Sunday, we awoke to the news that the National Trust and RHS gardens had closed.  Acting in what seemed to be in the public’s interest, we followed suit.  Lock down started a day later. 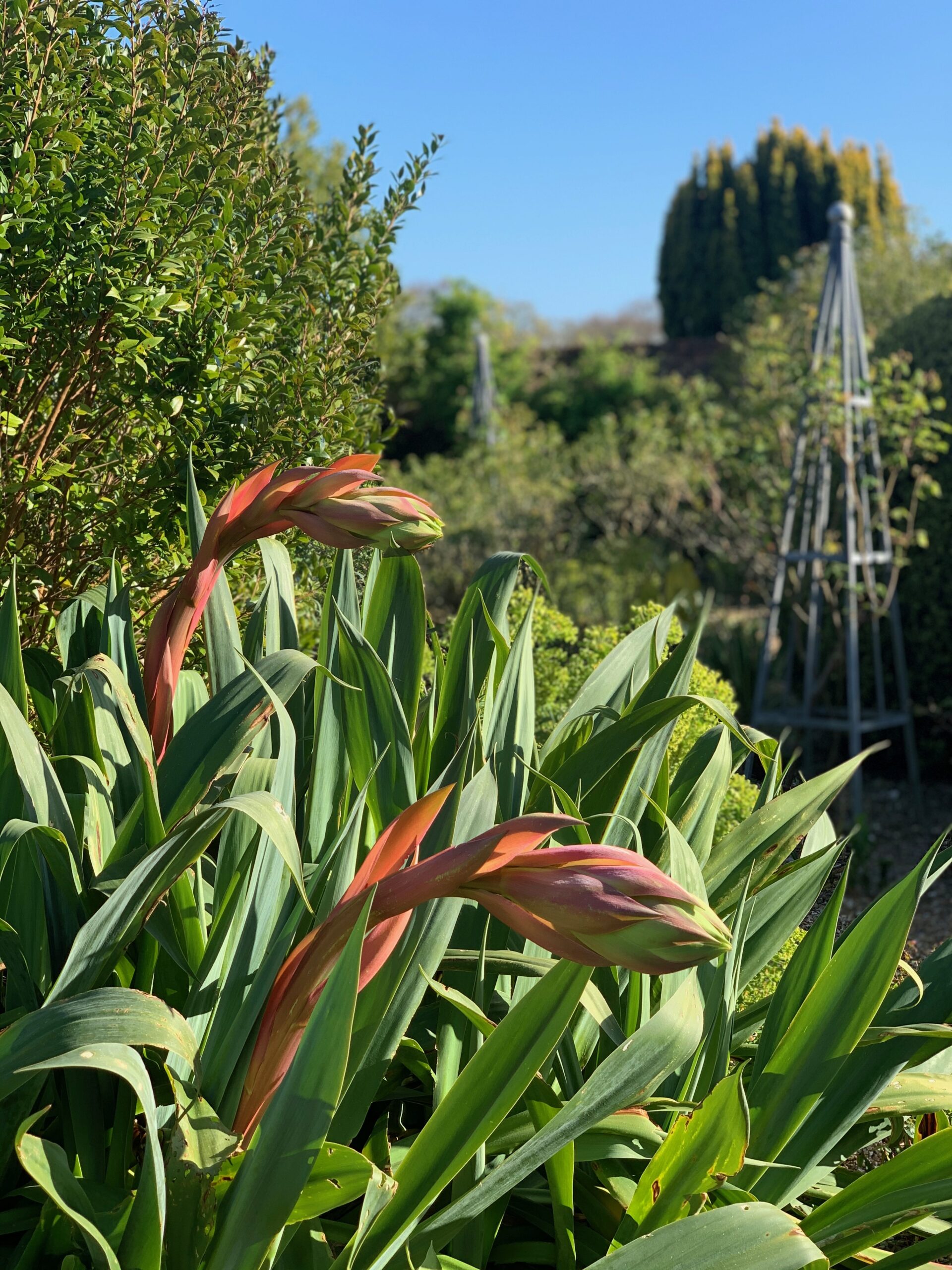 The British government’s May announcement that gardens and garden centres could open was good news.  The public had already missed so much including tulips, ribes, beschorneria, camellias, echiums, sisyrinchium, and smyrnium just to name a few of our favourites.  We knew if we could re-open they would still enjoy the garden’s summer beauty. A newly named Royal Horticultural Society Partner Garden, we hoped to be busy on Thursdays when RHS members are free.  We were also participating in the BBC’s two-for-one scheme.

But would anyone come?

It was far from certain when we opened our doors again on 4th June but happily they did! It was humbling to welcome the first tentative visitors, some out for the first time since lockdown.  It was touching to learn that friends who were meeting friends they’d not seen for months had chosen to meet at Denmans; to stroll its paths and catch up on its benches.  Though many were still cautious, our visitors have been delighted to be in this gorgeous, tranquil place as we have been delighted to welcome them. 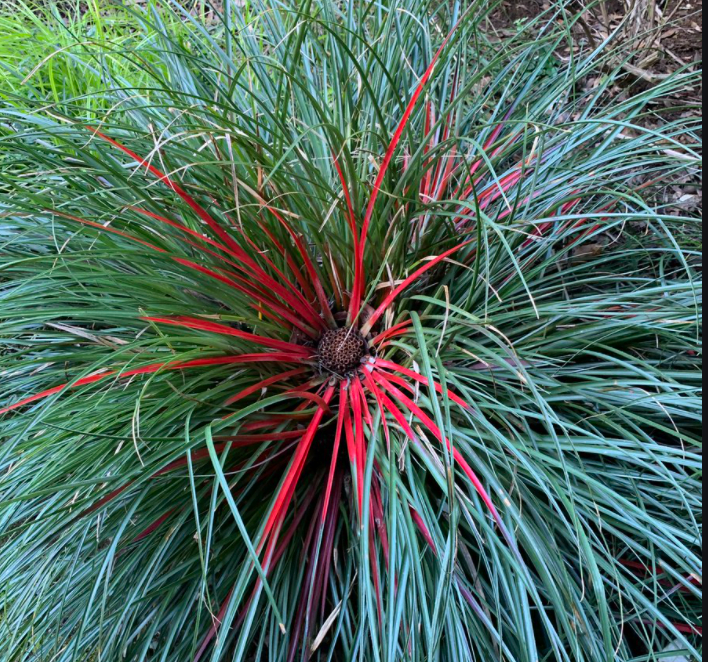 This bromiliad, Fascicularia bicolour, grows in the Dutch light greenhouse at Denmans and was probably planted by Mrs. Robinson decades ago.

We decided not to re-open the tea rooms but spent lockdown focused on the garden’s ongoing restoration, nurturing plants we had propagated, and arranging the plant centre with unusual plants like Klasea bulgarica, Fasciularia bicolour, and Vestia foetida.  It was challenging as the gardeners were on furlough for a time, but we managed, cheered on by the creatures who populate the garden, including great spotted woodpeckers who nested by the pond in one of the new bird boxes.

We presented a “tea time chat” in celebration of “Fifty Years of Gravel Gardening”  with Annie Guilfoyle and Noel Kingsbury (Joyce Robinson, the garden’s founder, started her first gravel garden in October 1970 and spent the following decade expanding them); participated in a garden masterclass about John Brookes MBE; and worked with an archivist to organize John Brookes’ papers and photos.

In August we learned that Denmans had been listed as a Grade II garden on the National Heritage List of England.  We were thrilled.  This is not just a validation of our progress but a well-deserved affirmation of the contributions Joyce Robinson and John Brookes have made to horticulture and design.  Among other things, both were concerned about sustainability, the garden’s relationship with nature, the borrowed landscape of surrounding fields and tree lines (now threatened by development!), the innovative and architectural combining of plants, and creating the garden as an entire composition instead of a collection of interesting plants. As different as they were – she a plantswoman and he a designer —  their common interests and ethos makes this special garden one that still has much to teach. 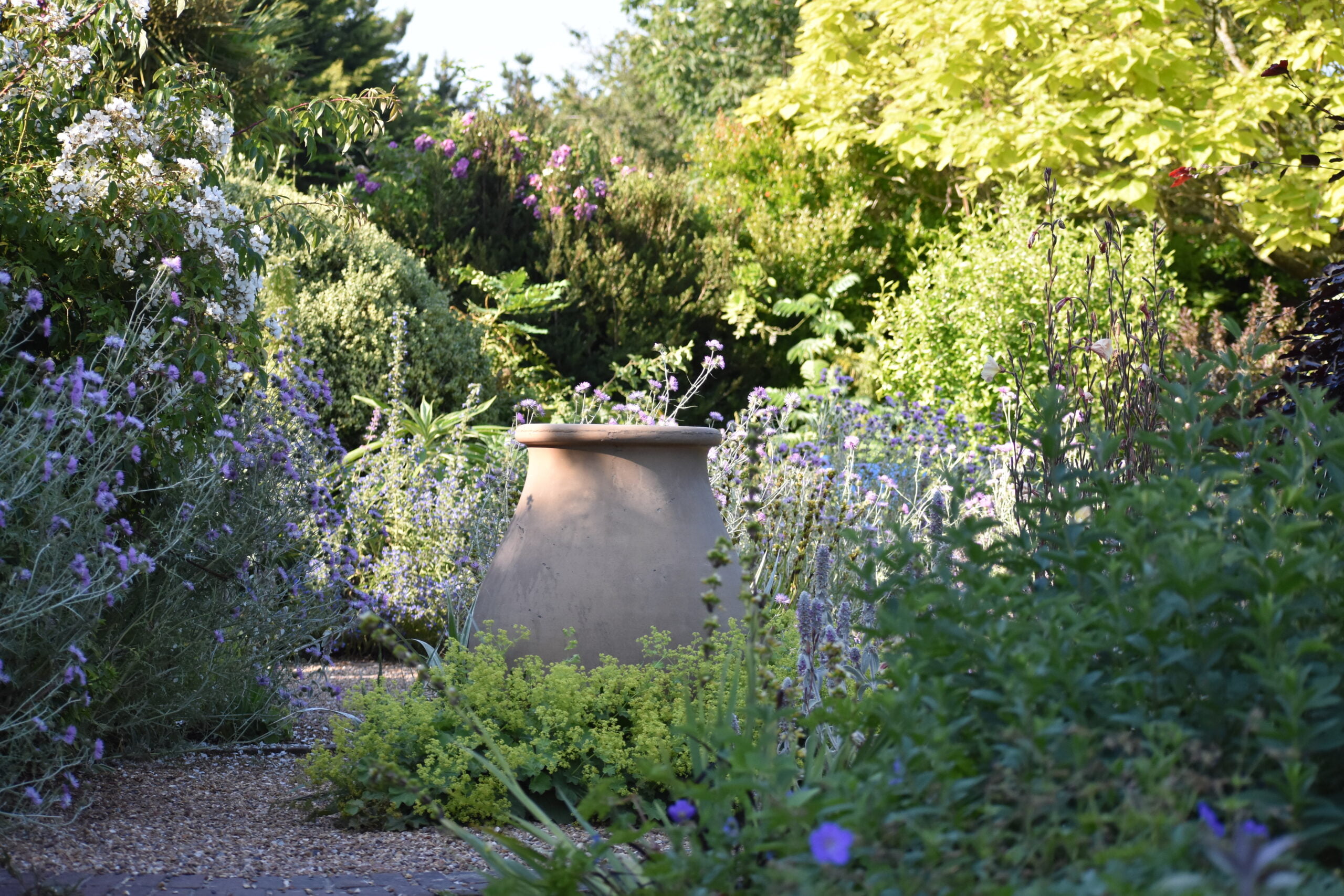 John Brookes added his own brilliant design touches to the gravel gardens during the 38 years he lived at Denmans.

As such, we will continue to celebrate our fifty-year old gravel gardens which Mrs. Robinson started after a trip to Greece, inspired to use  gravel as a growing medium.  She intended not to replicate the Greek landscape, but to experiment with naturalistic plantings grown in gravel in a way that would be at home in West Sussex. 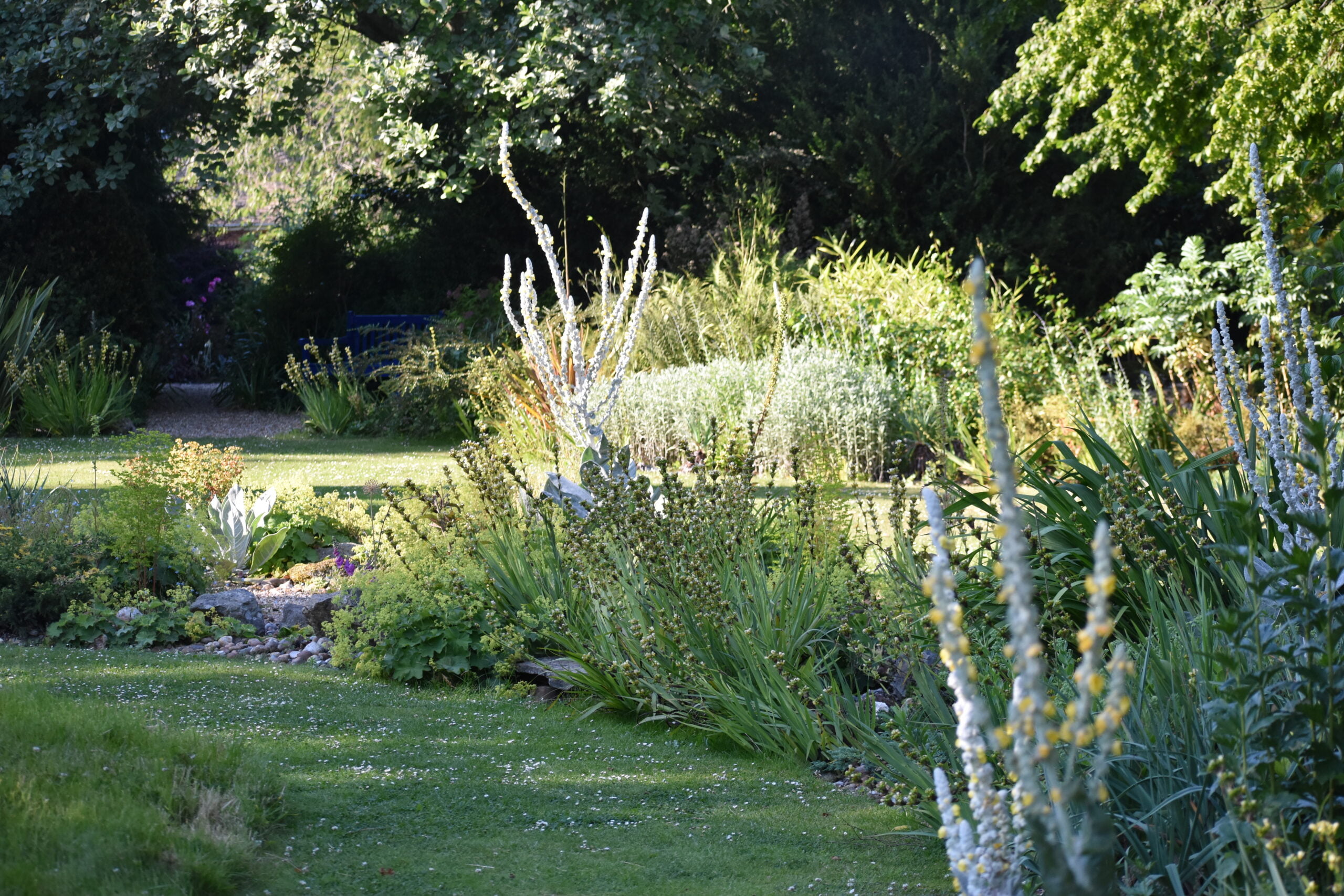 The dry river beds Mrs. Robinson created in 1977 remain a important and integral part of the garden.

Her dry river beds, which she created in 1977, were  land art for all intents and purposes, and utterly unique at the time.  Meanwhile John Brookes had been experimenting with gravel in the chic London gardens he designed in the 1960s, and in the  Chelsea Flower Show exhibition gardens he designed for the Financial Times in collaboration with Robin Lane-Fox in the early 1970s.  He continued to work with gravel for the rest of his life. Denmans gravel gardens have influenced many locally and around the world, and they continue to do so.  We have just begun a two-year project aimed at restoring part of the gravel garden in front of Mrs. Robinson’s cottage. 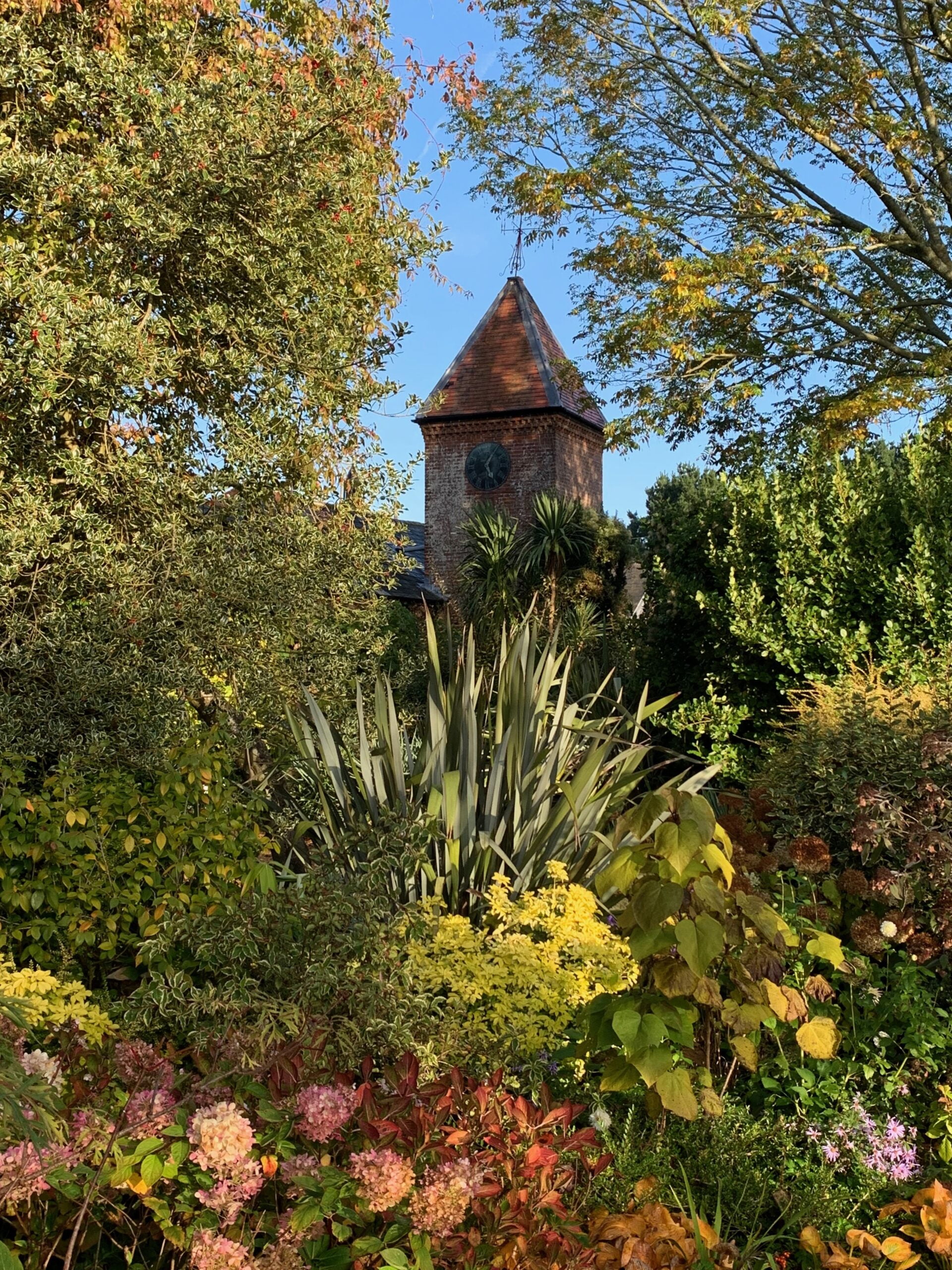 Autumn brings new uncertainties but we intend to remain open, if perhaps on shorter hours and by appointment.  And winter is one of our most beautiful seasons, amazing visitors with the revelation that winter can be as beautiful and fragrant as summer.

Despite the fact that the garden was badly neglected because of a business dispute, after nearly three years of hard work and determination on the part of every member of the Denmans team, the garden looks wonderful and amazes those who remember its former unkempt state. There remains much to do but the enthusiasm of our public and the listing of the Garden has been tremendously encouraging.