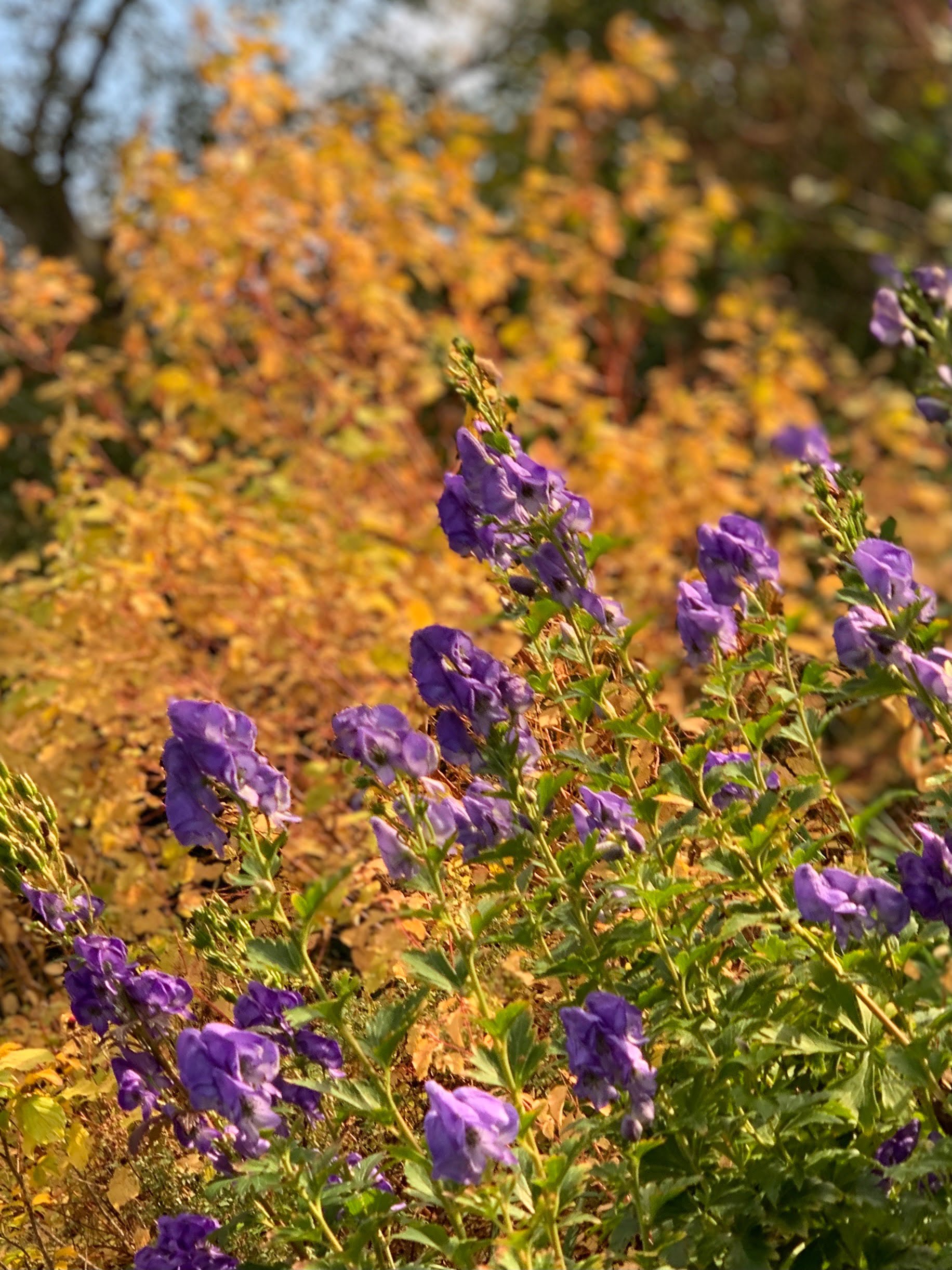 The autumn colours at Denmans are stunning, despite the year’s dry spells.

Autumn has arrived at Denmans and the array of colours shown by the turning leaves and the branches, stems and trunks of deciduous shrubs and trees are as good as ever this year despite the stress of our dry spring through summer.

We have just started out on a project in the garden that relates to the 50 years of gravel gardens at Denmans about which you hopefully will have seen on our website, Facebook page, and our booklet on-site which visitors are given to read while visiting the garden.

First of all, it is necessary to go back to December 2017, when I was asked by John Brookes to start clearing the overgrown areas of the garden to the north and south of the Cottage, which is where Joyce Robinson lived until her death in 1996.  His main focus was on the south side. 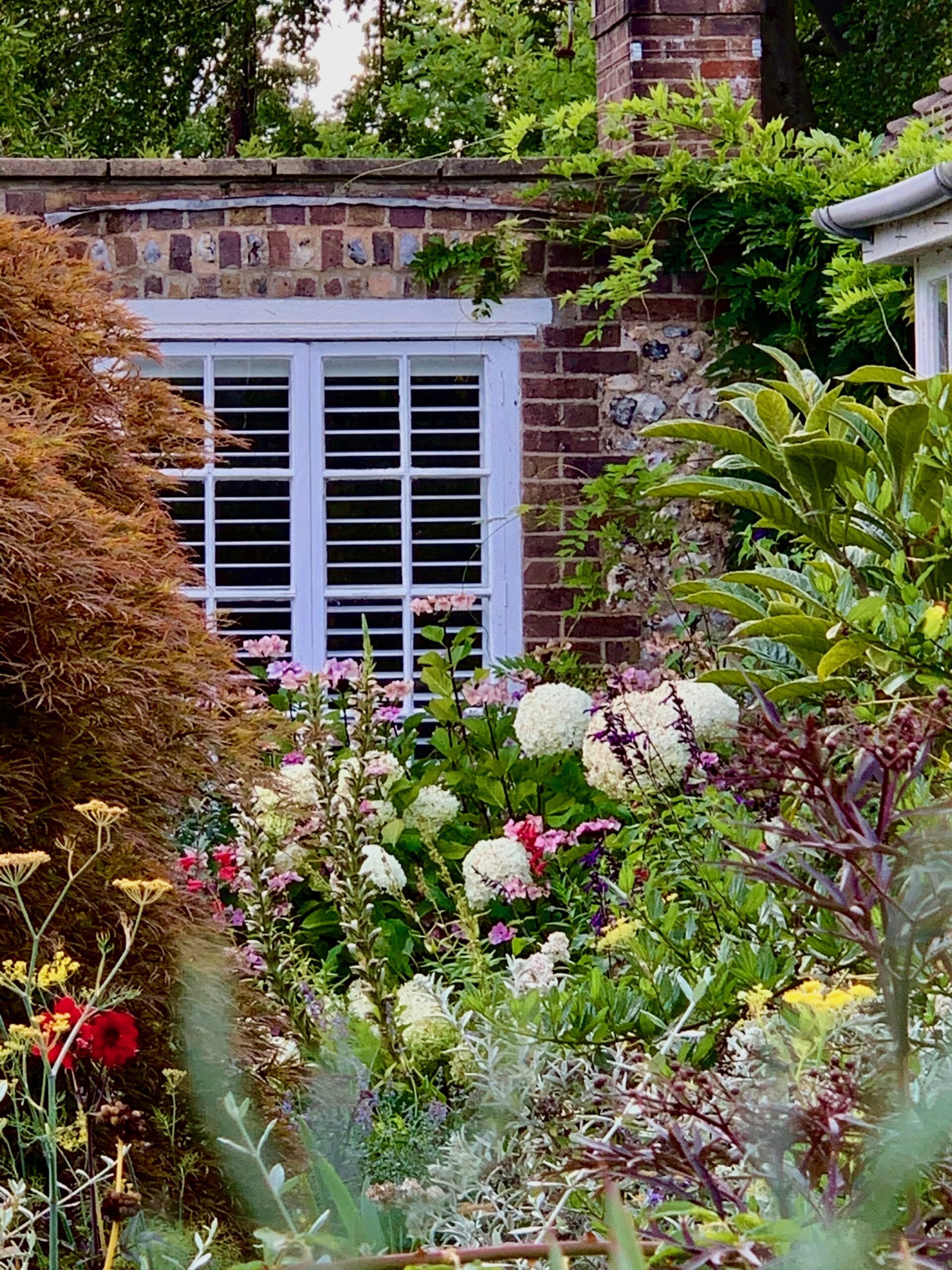 John died before he had decided what to plant south of the Cottage.

It was John’s intention to move into the Cottage once renovation and repair work had been completed.  He wanted to alter the borders of this part of the garden and to extend the lawn up and around the small pond towards the Cottage.  He started this project in December of 2017 and this is what you see if you visit today.

As we all know, John very sadly died in March 2018 without actually having moved into the Cottage or having seen the finished lawn and the newly planted areas.  He also died before he had decided what to plant in this revised bed.

Over the past two and a half years, we have been fortunate enough to have unearthed/sourced more information and photos with reference to Joyce’s original gravel garden in front of the Cottage on the south side. 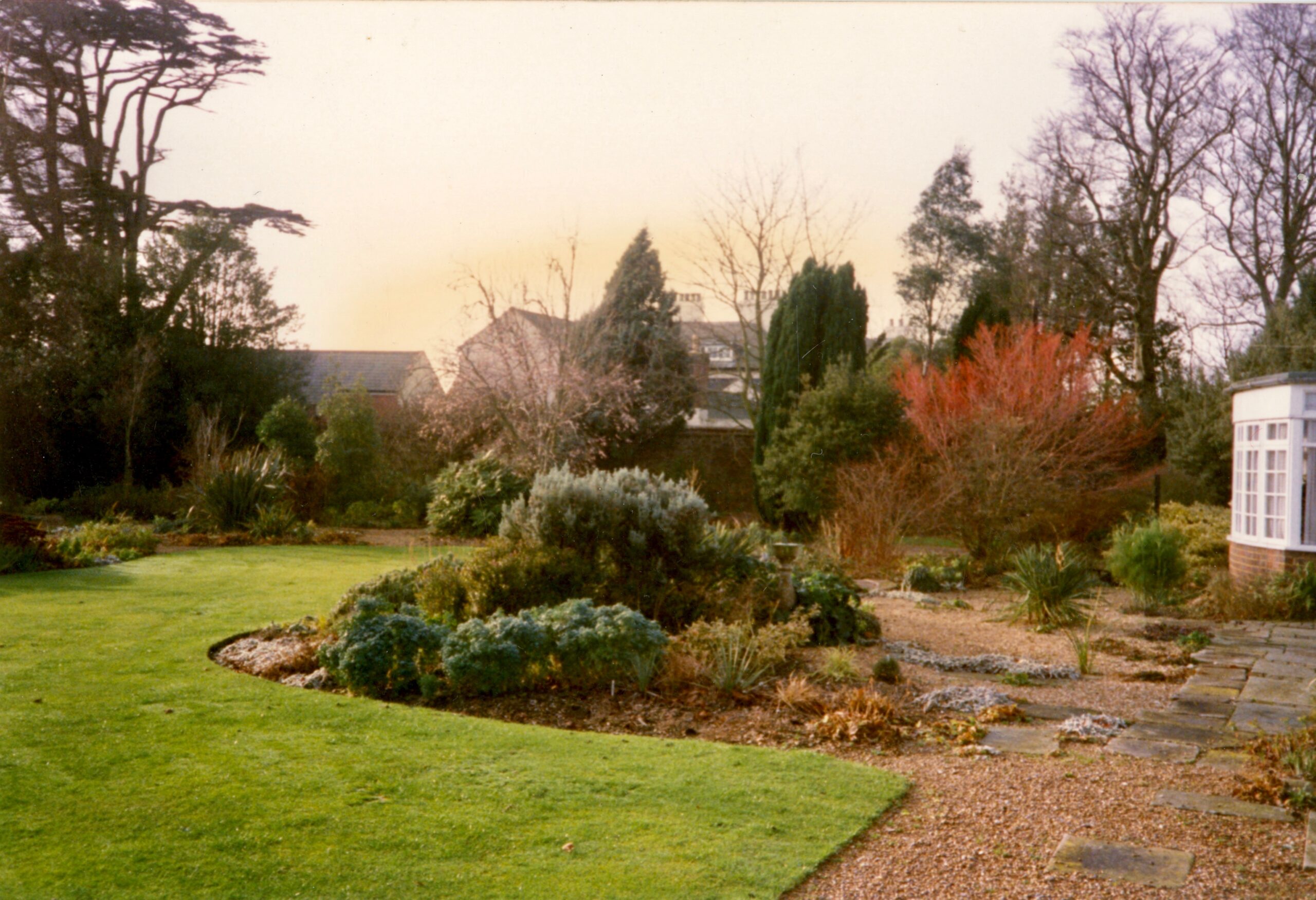 We have made the monumental decision to re-instate this part of the garden to the original styled layout that Joyce created.  It was part of her second gravel garden project, the first having been in Walled Garden in 1970.  As the name implies this part of the garden that we are working on now will be set out with the same type of gravel that was originally laid down.

This task obviously fills us with trepidation and a sense of sadness because the garden we created after John died is beautiful and we would like to think John would have been proud of it.

Ultimately, though, it is absolutely the right thing to do to preserve the history of the garden and highlight Joyce’s creation. 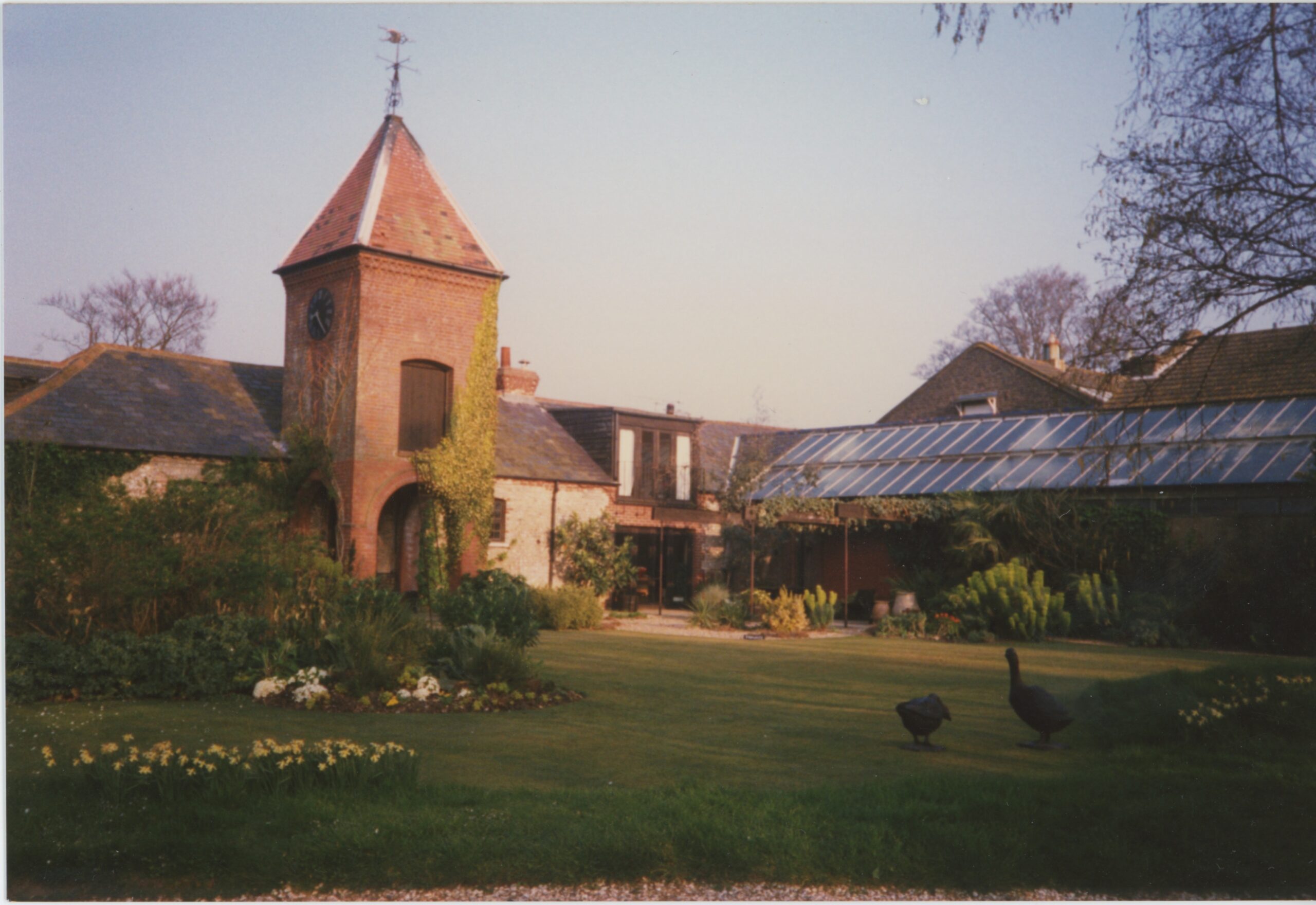 John’s gravel garden in front of Clock House in the early 1990’s.

Incidentally, the garden around Clock House (John’s former home) is also being meticulously edited (John liked that word).  This part of the garden, which also featured gravel, was originally his alone when he first moved here in 1980.

The effort to restore these gravel gardens is even more important now that Denmans is a Grade 2 garden on the National Heritage List of England.

The work  commenced in October and we have started by lifting herbaceous perennials that we planted after John died from the area in front of  the Cottage.   We will methodically lift other perennials and shrubs over the autumn/winter period until we get to a point where the remaining shrubs, trees, and perennials are left in-situ because we know Joyce planted them or might have liked their addition. With climate change we may also include other plants that suit the current weather patterns that this part of the country is getting used to.

The next stage in the new year and towards spring will be to prepare the ground for the re-laying of the gravel around the remaining plants.

We will post photos of the project as we proceed.  With the winter weather as yet unknown we have set this timeframe but with the caveat that we will strive to do it properly and correctly, so it may take longer.

The likelihood is that the extended lawn area around the small pond that John laid out before he died will remain in place until autumn/winter 2021/2022.

If you visit, you will see firsthand what we are up to, but if not, keep an eye on the website and Facebook for progress.